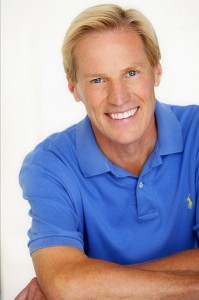 John Jacobson is the author and composer of many musicals and choral works that have been performed by millions of children worldwide, as well as educational videos and tapes that have helped music educators excel in their individual teaching arenas.

JOHN JACOBSON IN THE MEDIA

“John Jacobson – The Man Behind Double Dream Hands” by Jenny LaFleur for LASplash.com

He is also recognized internationally as a creative and motivating speaker for teachers and students involved in choral music education.

John is the founder and volunteer president of America Sings! Inc., a non-profit organization that encourages young performers to use their time and talents for community service.  He stars in children’s musical and exercise videotapes, most recently the series “jJump! A Fitness Program for Children” and is the Senior Contributing Writer for John Jacobson’s Music Express Magazine. John’s book A Place In The Choir: Finding Harmony in a World of Many Voices is rapidly becoming a staple with music teachers worldwide.